Are You Hooked on Energy Drinks? 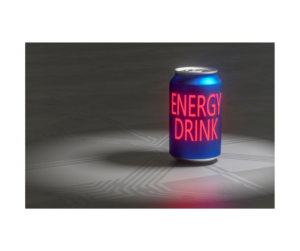 If you’re a frequent user of energy drinks then you will know that energy drinks are widely promoted as products that increase energy and enhance mental alertness and physical performance. Next to multivitamins, energy drinks are the most popular dietary supplement consumed by American teens and young adults today. Energy drink sales globally reached $57 billion in 2020 and it is noted that men between the ages of 18 and 34 years consume the most energy drinks and almost one-third of teens between 12 and 17 years drink them regularly. Most energy drinks contain 100–300 milligrams of caffeine per serving although the amounts can vary up to 400 milligrams of caffeine per day which is considered safe for most adults. However, excessive caffeine intake, such as more than 400 milligrams per day, can cause heart palpitations, tremors, agitation and gastrointestinal upset. Heavy caffeine use also is associated with an increased risk of other addictive behaviors like smoking and alcohol abuse. People who routinely consume caffeine may develop a physical and psychological dependence and may experience withdrawal symptoms if intake is abruptly stopped. A growing body of scientific evidence shows that energy drinks can have serious health effects, particularly in children, teenagers, and young adults.

The side effects of too much caffeine include: Increased heart rate, High blood pressure, Heart palpitations, Insomnia, Dehydration, and Restlessness. Caffeine withdrawal is associated with headaches, marked fatigue, anxiety, tremors and irritability. The high amount of caffeine in energy drinks also has a diuretic effect on the body leading to the loss of fluid in the form of urine. Caffeine intoxication causes nausea, vomiting, heart palpitations, elevated blood pressure, convulsions, and psychosis which in some circumstances can prove lethal.

You have Successfully Subscribed!